the journey of a rescued golden retriever

Filed in personal shot by Ayres Photography on February 05, 2018 at 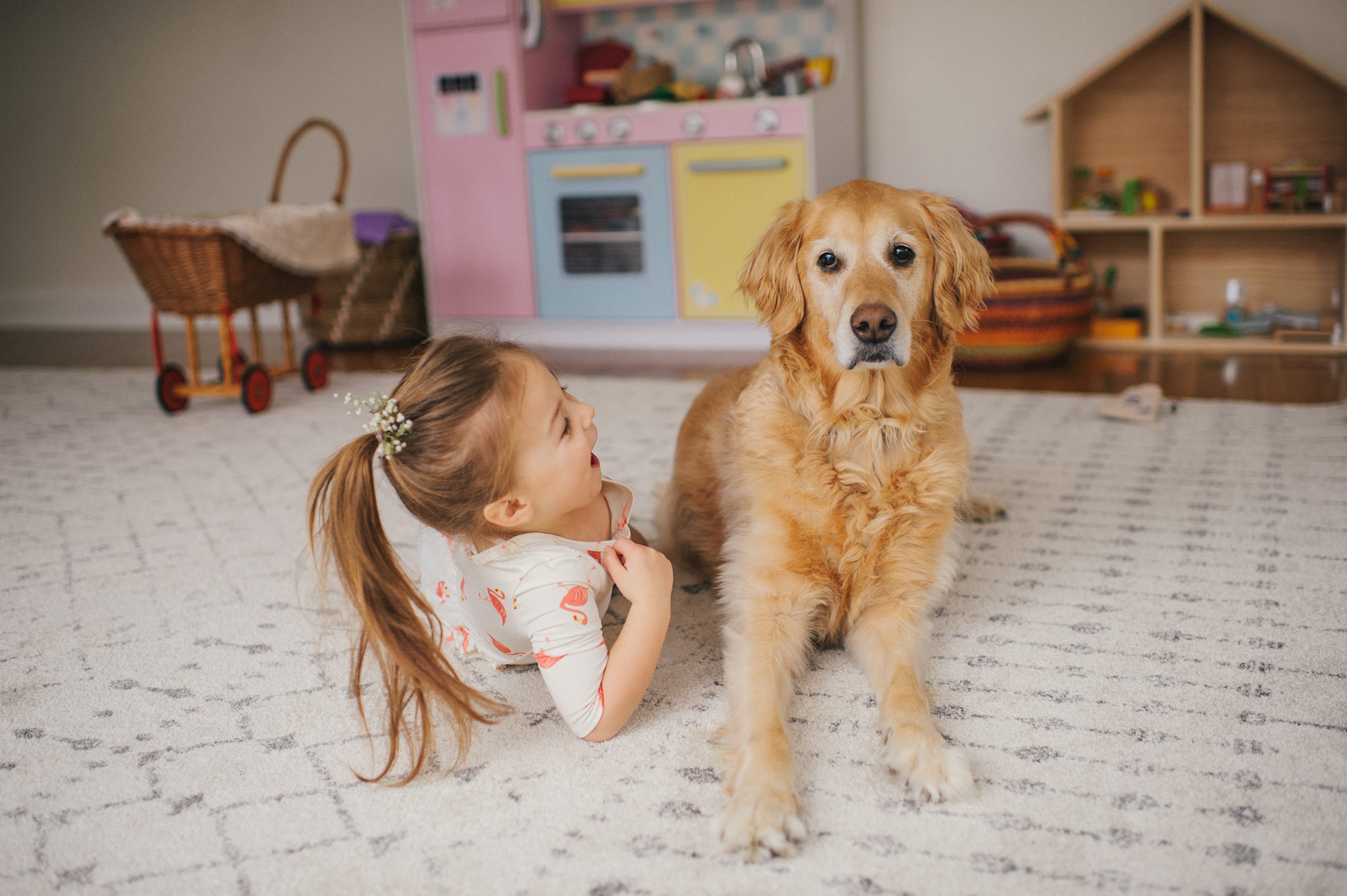 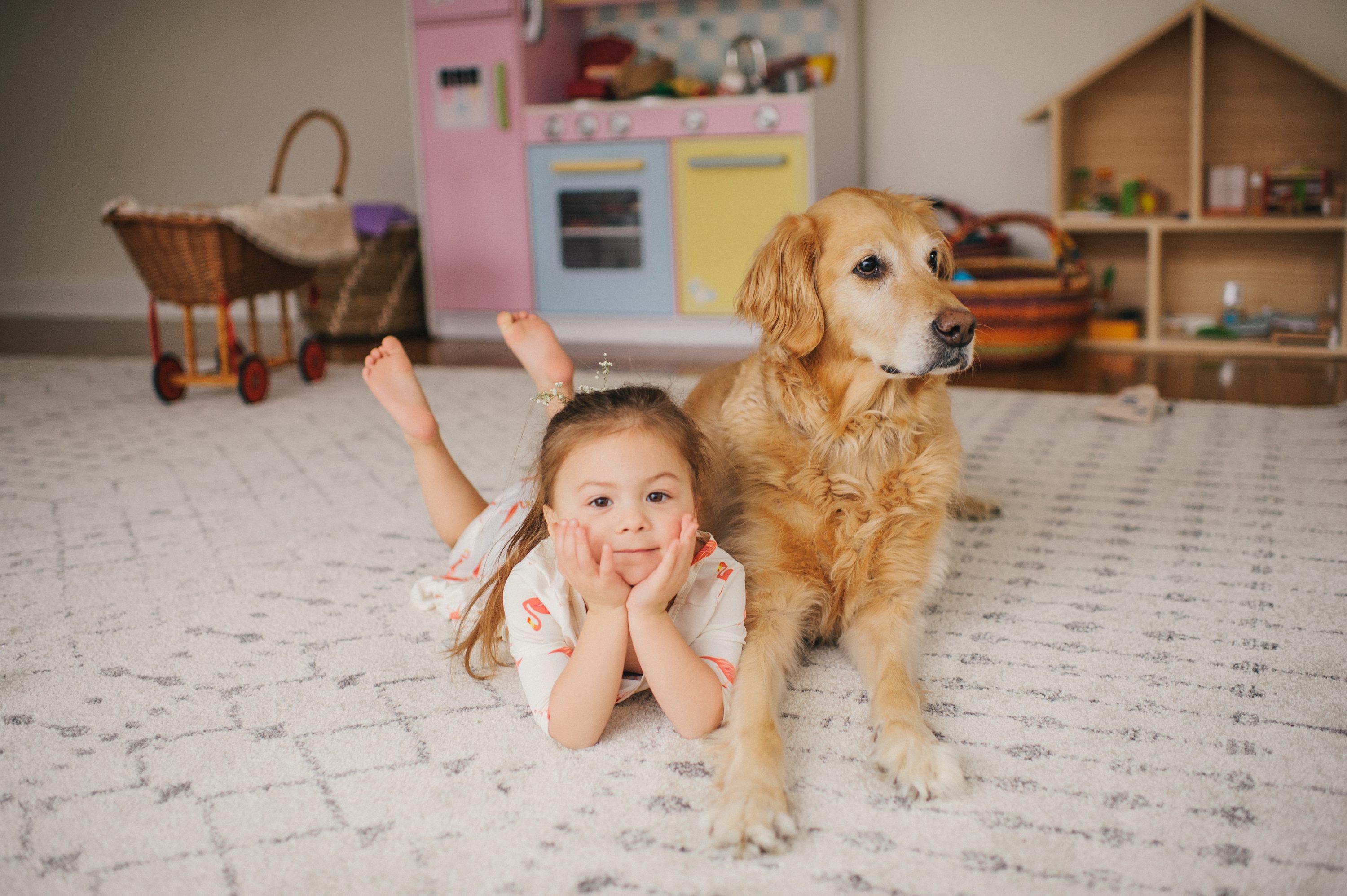 When we adopted Sophie from the Golden Retriever Rescue of CNY, we didn’t give much consideration to how she would be with children because that wasn’t even on our radar at the time. We knew we were adopting a dog with disabilities who might never walk without a wheelchair, but we didn’t know that she was also a complete mess mentally and emotionally due to her rocky start in life. She had severe dog aggression and honestly had no idea whatsoever how to be a family pet. Anytime the doorbell rang she sounded like a viscous lunatic ready to attack. If she could have bit a hole through the front door, she would have. The entire first year with her was pure insanity.

Our other Golden. Lily, whom we’d had from a puppy, took her under her wing and patiently taught her how to be all of the things that a Golden Retriever is supposed to be. Sophie followed her lead in all things and their friendship started to slowly transform her. You could see in their interactions that there was actual teaching going on and it was remarkable to watch. Sophie made her biggest strides mentally and emotionally by learning to trust and rely on Lily.

When I found out that I was pregnant with Elsie, one of my first thoughts was, “Omg, how is this crazy nut going to react to a baby?!” Around the same time we found out we were expecting, we also found out that Lily had a rare heart valve defect that would ultimately result in congestive heart failure. She was only 5 years old, so we were completely blindsided. Devastated.  We did everything we possibly could to help her, but in the end she was really suffering and we had to let her go.

Sophie laid next to her until she took her last breath. That was absolutely the hardest day of my life. After they took her away, Sophie went and laid down in Lily’s bed and would stay there – uncharacteristically silent – for the next 24 hours. The following day, she emerged a different dog – calm, poised, maybe even a little bit wiser if that’s possible. It was almost as if (and this may sound crazy but I truly believe it) she knew that it was time to step up to the plate and put into practice all that Lily had taught her over the past two years. She saw me through to the end of my pregnancy, providing me with steadfast emotional support just as Lily would have done (which was much needed since I didn’t stop crying for at least a month), and when we brought Elsie home from the hospital, Sophie fully blossomed into the proper Golden Retriever we always hoped she would be.

With every new stage of development, we would have new doubts. “What if she pulls her fur? What if, what if, what if…?” But every single time she proves herself to be the world’s most perfect family dog; amazingly tolerant, sweet, and loving. The way their relationship has grown over the past three years has been such a joy to watch. If you’ve ever seen my Sophie and Elsie IG Stories, then you know exactly what I mean. ;)

My favorite part of this whole story is that it seems so obvious to me that Lily knew her time was short. So she hand picked the perfect dog for us, brought her into our lives, and prepped her and primed her for life as the Ayres family Golden Retriever. Every time I watch Elsie layer her with dishtowels or brush her hair with a doll brush, or try to feed her plates of imaginary food, it feels as if we’re honoring Lily’s memory, and that is so special. Forever grateful that we took a chance on a crazy special needs dog who was looking for a miracle. She is the absolute best friend we could have ever hoped for.